Male Infertility: Get Tested, Get Treated

What are the Causes of Male Infertility?

Nearly 15 percent of couples are infertile, meaning they haven’t gotten pregnant after trying without protection for at least a year, but infertility is not just a women’s issue. Both genders can have problems that affect fertility. In fact, men can be the cause of infertility in a couple in up to 50% of cases.

Male fertility depends on a complex relationship between hormones, sperm production, and the ability of sperm to get to the egg and fertilize it. As a result, there is a spectrum of defects that can present, and these are usually characterized by the number of sperm in a semen sample.  Most commonly, men present with either fewer than normal sperm (oligozoospermia) or no sperm (azoospermia) in their ejaculate.  There are many health issues that can cause male fertility and impact sperm counts. Let’s dive into what some of the main causes are.

There are also lifestyle factors that can influence male fertility:

For men facing fertility problems, one of the biggest challenges can be simply opening up and talking about the issue. The good news is that we can help most couples with fertility problems conceive. We have a busy infertility and men’s health program, and the only fellowship-trained andrologists in Utah. Contact us today to learn more. 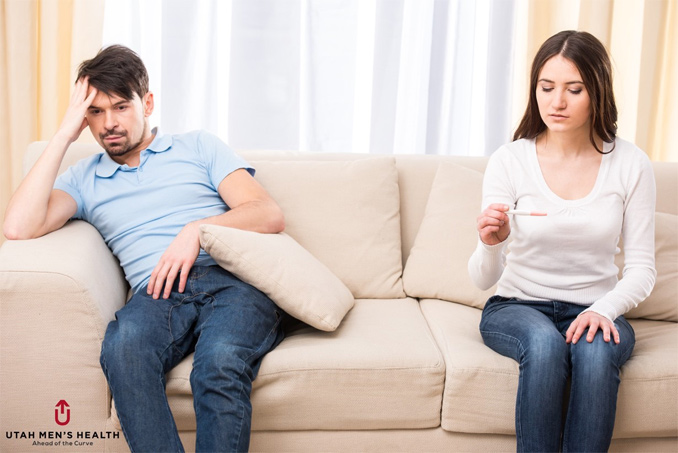