Many men, as they get older, develop a curved penis, called Peyronie’s disease, which can then affect their ability to have erections and to have sex. Peyronie’s disease is a condition that results in inflammation and abnormal scar tissue, or plaque, formation within the body of the penis, which can result in a curved, painful erection. Some men with penile curvature do not have any pain on erection and are able to have sex. However, many more men with penile curvature have pain with erections and can have significant difficulties with having sex, resulting in great stress and anxiety. Fortunately Utah Men’s Health offers the most current treatments for Peyronie’s disease that can help correct the problem. Contact our practice today to learn more about how we can help you fix your problem and improve your confidence and quality of life!

In most men (~90%), Peyronie’s disease either stabilizes or gets worse; only in ~10% of men does it get better without treatment. In men who seek treatment, there are a number of treatment options, the choice of which depends on the severity of the condition.

Medications - Oral treatments focus on inhibiting inflammation and the development of scar tissue.

Verapamil Injections - Injecting verapamil directly into the plaque may help soften the plaque and reduce pain, especially early in the condition.

Xiaflex Treatment - Xiaflex (collagenase clostridium histolyticum) is the only FDA approved medical therapy for Peyronie’s disease. The drug is an enzyme that degrades the scar tissue, and has been shown in clinical trials to improve penile curvature in most men who are candidates.

Surgery - In severe cases of Peyronie’s disease, if a patient is not a candidate for injection therapy, or if other treatment methods have failed, surgery may be necessary to correct curvature. 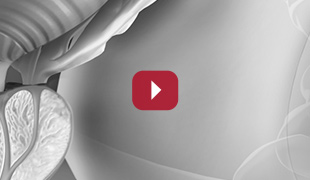